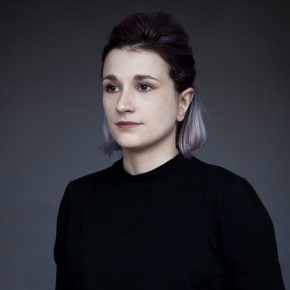 Due to the Coronavirus this PhD Defense will be postponed.

On Friday March 20, 2020 Milica Trakilović will defend her PhD thesis Unraveling the Myth: Tracing the Limits of Europe through its Border Figurations at Utrecht University.

More than a mere geographic location, Europe is also an idea that is sustained by notions such as insularity, historical erasure and racial and cultural homogeneity. They all contribute to the idea of Europe as an exceptional place and constitute the European ‘myth.’ This mythical quality is brought about by way of difference and opposition. Symbolic and physical borders are instituted via the production of Europe’s Other, or its outside, which establishes what ‘true’ Europe is.

The Figure of the Refugee-Migrant
Postcolonial scholarship has demonstrated how Europe’s colonial project has historically been a means for establishing Europe’s identity vis-à-vis the racial and cultural Other. This repertoire of difference is still in effect today and can be observed in the response to the European migration ‘crisis,’ especially the emphasis on the figure of the refugee-migrant in popular and political discourse as a looming threat to European identity and integrity. The rise of populism and nationalism, as well as the fortification of European borders, indicates a rise of anxiety-ridden politics meant to keep the threat of migration at bay.

The East/West Divide
The idea of Europe comes into being through external and internal borders and divisions. Within Europe, the ideology of West vs. East propagates that ‘true’ Europe is to be found in the West, while Europe’s East is the more compromised, less civilized Europe. Maria Todorova has pointed out how the region of the Balkans in particular represents ‘the Other within’ Europe. Due to the non-EU status of a large number of its countries and the centuries of Ottoman rule in the region, the Balkans are often seen are a crossroads between Europe and its outside, a liminal space that does not truly belong to Europe. This sentiment was echoed in the ‘Balkan corridor’ migration route that was in effect from 2015 until 2016.

Border Figurations
Trakilović proposes the border as a tool with which to expose and offer a critique of a dominant conceptualization of Europe. Studied together, the refugee-migrant and the Balkans as border figurations complicate any simple or ‘easy’ idea of Europe or Europeanness, providing useful ground for interrogating the bordering practices and erasures, spatial and symbolic, that are enacted in the name of Europe.