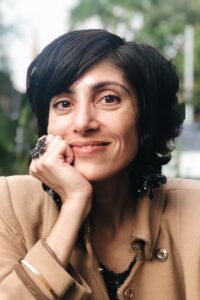 On May 12, 2022 from 11.00 – 15.00 hrs Dr. Evren Savci will teach the masterclass ‘Queering Political Economy’ (organized by the NOG and the NOG PhD Council). In this masterclass, we will think about what queer studies has to offer to rethinking political economy and what Marxist theory (still) has to offer to queer studies. While queerness is certainly no longer used simply to refer to nonnormative sexualities or genders and indexes nonnormativity at large, we will follow Kadji Amin’s suggestion that queer theory is “haunted by the 90s” and has an unfinished business with sexuality (or that sexuality has an unfinished business with queer theory). Therefore, we will reflect particularly on the role sexuality has played and has been made to play in political economy, which requires that we think discipline and biopolitics alongside productive and reproductive labor, (unruly) desire alongside (calculated) interest, and power/knowledge alongside ideology.

This will require a rethinking of the tensions between Foucault and Marx, thinkers both of whom have been formative for the authors whose texts we will consider during our masterclass. Given queer theory’s demand that we question our very categories of thought, and queer Marxisms’ insistence on understanding sexuality’s centrality to primitive accumulation, capitalist production, privatization, commodification, and social reproduction, we will also inevitably question the historical tensions between idealism and materialism, and reflect on whether queer studies offers us a way out.

Please register for the masterclass by sending an abstract of your own ongoing research project (max. 250 words) and additional short paragraph stating your motivation (max. 100 words). Kindly send the abstract and the motivation paragraph to NOG@uu.nl by April 29, 2022.

This masterclass will take place at Utrecht University (in person, location to be announced).

PhD and RMA students will be awarded 2 ECTS for attending the NOG masterclass and the NOG public talk by Evren Savci titled “Queer in Translation: Sexual Politics under Neoliberal Islam” on Wednesday May 11, 2022 at Utrecht University (location and streaming link to be announced). More information on the public lecture can be found here.

Biography:
Evren Savcı is Assistant Professor of Women’s, Gender and Sexuality Studies at Yale University. Her first book Queer in Translation: Sexual Politics under Neoliberal Islam (2021, DUP) analyzes sexual politics under contemporary Turkey’s AKP regime with an eye to the travel and translation of sexual political vocabulary. Her second book project turns to the political economy of monogamy. In it, she discusses the establishment of it as a central tenet of civilized sexual morality, and attends to the current neoliberal incorporation of its alternatives and restoration of it distributive logic. Savcı’s work on the intersections of language, knowledge, sexual politics, neoliberalism and religion has appeared in Journal of Marriage and the Family, Ethnography, Sexualities, Political Power and Social Theory, Theory & Event, Journal of Feminist Studies in Religion and GLQ, and in several edited collections. Savcı received her Ph.D. in Sociology from University of Southern California, and her master’s and bachelor’s degrees in Sociology from University of Virginia. Following her Ph.D., she was a postdoctoral fellow at The Sexualities Project at Northwestern (SPAN).