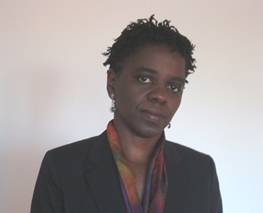 The Netherlands Research School of Gender Studies in cooperation with the Graduate Gender Programme (GGeP) at Utrecht University organises the fifteenth round of the DOING GENDER Lecture Series. These lectures stress the importance of doing gender work combined with an active involvement in the practice of gender theory and research. The concept of DOING GENDER supports a hands-on approach to gender issues in the sense of social and political engagement with the new forms of gender inequalities that are taking shape in the world today. The lecture series wants to give space to the new generations of gender theorists and practitioners and to perspectives that innovate the field and do gender in new ways. Key is the notion of doing gender: what is the state of the art definition of gender? How do contemporary scholars and activists utilise this definition?

On Tuesday February 16, 2016 Associate Professor Denise Ferreira da Silva will give a Doing Gender Lecture on ‘Hacking the Subject: Black Feminism, Refusal and the Limits of Critique’.

Heeding Nahum Chandler’s call to appreciate the radical possibilities of the ‘figure of an X,” in this talk Denise Ferreira da Silva presents a response that hijacks his argument in his book X-The Problem of the Negro as a Problem for Thought (2014). Hacking, this lecture will show, is not really a method. It is refusal as a mode of engagement. In this engagement, Ferreira da Silva takes up the question that she sees as the task offered to black feminism: the questioning of a feminist (critical) grammar that cannot but re-produce the ‘proper’ apprehension of the female and the feminine and the task of exposing the limits of the proper (in its economic and ethical meanings), as Sojourner Truth does in her famous refrain.

At once a text and performance, this presentation takes up Sojourner Truth’s question as an invitation to rebel, and it deploys Chandler’s ‘figure of an X’ in an exercise that tries to dissolve what Ferreira da Silva calls the patriarch form of the subject. Or, put differently, the lecture explores the radical possibilities implied in Hortense Spillers’ phrase “Female Flesh Ungendered” – which is read here as a response to Truth’s questioning, and which refuses gender as the only critical tool for describing females’ socio-historical trajectories. What Ferreira da Silva presents in this talk is not a program for recognition or a guide for refusal. Instead, it is a move – a series of moves to be precise – that takes further Spillers’ response and move to re-figure the ‘woman’ (and with her the female and the feminine), to deface her to a point that only she reaches, which is to the dis/ordering of the modern grammar, of which the patriarch remains the presupposed bearer of self-determination, in its ethical and juridical renderings.

This lecture is part of the series ‘Society Must Be Hacked’, which also includes a symposium on March 5, organised in support of the Art Manifestation Hacking Habitat: Art of Control, in collaboration with Terra Critica: Interdisciplinary Network for the Critical Humanities.