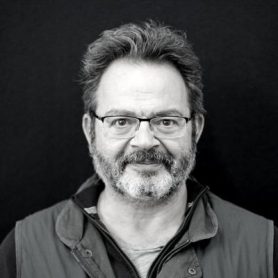 On Tuesday June 26, 2018 Ghassan Hage will give a Doing Gender Lecture on Nostalgic Whiteness as A Political Form Today.

Abstract lecture Nostalgic Whiteness as A Political Form Today:
In many western countries White politics takes the form of a politics of White restoration. The very idea of restoration embodies a form of nostalgia to a past that politics aims to recuperate. In this presentation, I will examine what such politics tell us about the culture and politics of Whiteness today.

Professor Ghassan Hage is the University of Melbourne’s Future Generation Professor of Anthropology and Social Theory and a Fellow of the Australian Academy of the Humanities. He is currently a Distinguished Visiting Professor at the Research Centre for Material Cultures, a research institute within the Tropenmuseum (Amsterdam), Museum Volkenkunde (Leiden) and the Afrika Museum (Berg en Dal). Ghassan has published widely on the comparative anthropology of racism, nationalism, multiculturalism, and migration. His earlier work include White Nation: Fantasies of White Supremacy in a Multicultural Society (1998) where he explores the desire for a white nation lurking in even the most cherished liberal Western ideals. Professor Hage has also written on the political dimensions of critical anthropology and its capacity for envisioning alternative futures of political engagement (Alter-Politics: Critical Anthropology and the Radical Imagination, 2015). His most recent publication, Is Racism an Environmental Threat?, is concerned with the intersection between racism and the ecological crisis. Professor Hage is currently finishing a book on the diasporic condition as a lenticular condition based on a ethnographic research on the transnational culture of the Lebanese diaspora.