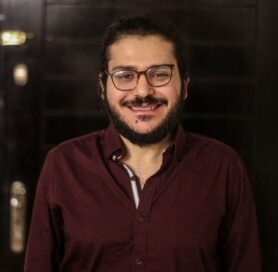 On December 8, 2021 (22 months after his arrest in Egypt) GEMMA student Patrick Zaki was released on parole! On February 14, 2022 Patrick uttered a statement of gratitude to everyone who supported him. He remains on trial however by an emergency court on “false news charges”. After numerous  hearings the trial against him has been postponed time and again which deeply disappointed him. The eight hearing in November 2022 was adjourned for three months to February 2023 — just like in the seven past instances. See here and here. Although free, after 22 months of pre-trial custody, he is not allowed to leave Egypt.

For more information on Patrick’s case see below.

On December 7, 2021 an Egyptian court ruled that GEMMA student Patrick George Zaki should be released on parole. Following the court’s decision, Patrick was transferred to Mansoura Police Station and was released pending trial on December 8! Patrick Zaki is accused of “spreading false news inside and outside the country” based on an opinion article he published on the Daraj website. Patrick was detained in Egypt on February 7, 2020 and has been unjustly kept in prison for 22 months awaiting trial. He could face 5 years in prison. His case has been postponed until June 2022.

The GEMMA Consortium wants to express its gratitude to all the people who have been relentlessly working for Patrick’s release during the past months: the GEMMA partner universities, specially the University of Bologna who has lead the movement of solidarity with Patrick; to the respective national and international NGO’s and authorities and the European Commission who have done all in their power to guarantee Patrick’s return to our community; the GEMMA students and staff who have demonstrated that the GEMMAnism is much more than just an academic network, but a community of solidarity and commitment to human rights; the Voices for Patrick initiative who made Patrick’s voice heard throughout all his friends and supporters; and to all the individuals who had been part of the multiple manifestations and initiatives asking for Patrick’s freedom since the beginning of this process.

Thank you all for your support. This is a first step towards Patrick’s final liberation, but let us not forget that the charges against him have not been withdrawn. We will continue working until he is finally acquitted of all charges against him and he can resume his studies in GEMMA and obtain his Erasmus Mundus Master’s Degrees.

See the post below for more information about the initiatives and actions taken by numerous organizations and governments since February 2020. 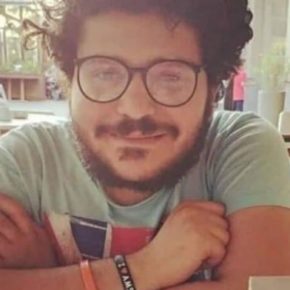 On February 7, 2020 the Egyptian police have arrested GEMMA student and human rights activist Patrick George Zaki after he spoke out against President Abdel-Fattah el-Sisi’s government. Lawyers told the Italian press that the student – who was at that time studying in Bologna, Italy – was detained at Cairo International Airport on Friday February 7, 2020 and roughed up by police. Zaki had recently waged a campaign in Italy for greater transparency into the death of Italian Cambridge grad student Giulio Regeni, who was tortured and killed in Cairo in 2016 after researching opposition politicians and labor unions in Cairo. Zaki’s arrest is being described as a product of an unprecedented crackdown on dissident voices. Zaki had taken leave from the NGO Egyptian Initiative for Personal Rights to work on the Erasmus Mundus Master’s Degree in Women and Gender Studies GEMMA at the University of Bologna.
The airport immigration officers arbitrarily arrested and tortured human rights defender Patrick Zaki George at 4:30 am upon his arrival at Cairo airport on charges including “disseminating false news”, “inciting protest without permission”, “calling for the state to be overthrown”, “managing a social media account that aims to undermine the social order and public safety” and “incitement to violence and terrorist crimes”. In detention, National Security Agency officers questioned and tortured him before he appeared in front of the prosecutor the following day.

Read the news on the Dutch website of Amnesty International.