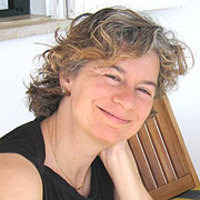 On Friday November 4, 2016, Professor Davina Cooper will give a Doing Gender Lecture on Governing erotically: States of withdrawal, attachments and pleasures.

Davina Cooper’s first academic position was at University of Warwick Law School (from 1991-1998). She also completed her PhD there (in 1992), begun at the LSE. Davina Cooper then moved to Keele University (from 1998-2004), and for 3 1/2 years was Research Dean for the Faculty of Social Sciences, prior to coming to University of Kent to establish the AHRC Research Centre for Law, Gender & Sexuality in 2004. Her main areas of research sit at the interstices of socio-legal studies, political theory, social diversity and the transformational potential of state and non-state sites. Specifically, Davina Cooper has explored these themes in articles, book chapters and books over twenty years, including in: Challenging Diversity: Rethinking Equality and the Value of Difference (2004); Governing out of Order: Space, Law and the Politics of Belonging (1998); Power in Struggle: Feminism, Sexuality and the State (1995); and Sexing the City: Lesbian and Gay Politics within the Activist State (1994). Her most recent book, Everyday Utopias: The Conceptual Life of Promising Spaces (2014) has just been published by Duke University Press.