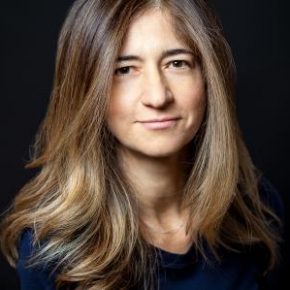 On Thursday October 13, 2016, Professor Frances Negrón-Muntaner will give a Doing Gender Lecture on ‘What To Do with All This beauty? The Political Economy of Latina Stardom in the Twenty-first Century.’

The talk explores the political economy of a common stereotype in U.S. media, the Latina beauty, since its emergence in the late nineteenth century to its present incarnations. The presentation will also inquire about how and why this is the only Latino stereotype that produces major stars like Jennifer Lopez, Eva Longoria, and Salma Hayek; and examine the racial, gender, cultural, and market contexts that allow contemporary Latina actresses to leverage their beauty capital into influence inside the entertainment industry, domestic and international politics – to a point.

Frances Negrón-Muntaner is a filmmaker, writer, curator, scholar and professor at Columbia University, where she is the former director of the Center for the Study of Ethnicity and Race, founding director of the Media and Idea Lab, and founding curator of the Latino Arts and Activism Archive at Columbia’s Rare Books and Manuscripts Library. Among her publications are: Boricua Pop: Puerto Ricans and the Latinization of American Culture, The Latino Media Gap, and Sovereign Acts (forthcoming). Her most recent films are War for Guam and the series Life Outside. In 2008, the UN’s Rapid Response Media Mechanism recognized her as a global expert in the areas of mass media and Latin/o American studies.

Refreshingly sophisticated in both form and content, Brincando el Charco contemplates the notion of ‘identity’ through the experiences of a Puerto Rican woman living in the US. In a wonderful mix of fiction, archival footage, processed interviews and soap opera drama,Brincando el Charco tells the story of Claudia Marin, a middle-class, light-skinned Puerto Rican photographer/videographer who is attempting to construct a sense of community in the US. Confronting the simultaneity of both her privilege and her oppression, Brincando el Charco becomes a meditation on class, race and sexuality as shifting differences. During this edition, one of Negrón-Muntane’s short films will also be screened: ‘Small City, Big Change’. This film portrays how the smallest city of Massachusetts, of mostly Latino working class residents, provided the key leadership for the approval of the Transgender Equal Rights Act of the state.
Q&A with the director: After the screening, there will also be a Q&A session with director Frances Negrón-Muntane. Negrón-Muntaner is an award-winning filmmaker, writer, curator, scholar and professor at Columbia University, where she is the founding director of the Media and Idea Lab and founding curator of the Latino Arts and Activism Archive at Columbia’s Rare Books and Manuscripts Library. She also served as the director of Columbia’s Center for the Study of Ethnicity and Race from 2009-2016. Negrón-Muntaner’s work spans multiple disciplines and practices, including cinema, literature, cultural criticism, and politics. Her work focuses on a comparative exploration of coloniality in the Americas, with special attention to the intersections between race, ethnicity, gender, and sexuality.