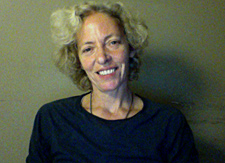 The Netherlands Research School of Gender Studies in cooperation with the Graduate Gender Programme (GGeP) at Utrecht University organises the sixteenth round of the DOING GENDER Lecture Series. These lectures stress the importance of doing gender work combined with an active involvement in the practice of gender theory and research. The concept of DOING GENDER supports a hands-on approach to gender issues in the sense of social and political engagement with the new forms of gender inequalities that are taking shape in the world today. The lecture series wants to give space to the new generations of gender theorists and practitioners and to perspectives that innovate the field and do gender in new ways. Key is the notion of doing gender: what is the state of the art definition of gender? How do contemporary scholars and activists utilise this definition?

On Wednesday May 18, 2016 Professor Tina Chanter will give a Doing Gender Lecture on ‘Art, Politics, & Rancière’.

Abstract of the lecture:
To break the habits of perception is to break with the patterns of knowledge, to rework the discursive frameworks that make sense of sensory knowledge, and to reframe the enunciative possibilities that define and legitimate knowledge as objective. Artists make such interventions; so do political actors. Art and politics are two different ways of redistributing the sensible, as Jacques Rancière puts it. What distinguishes them is that while politics focuses upon the emergence of a new collective subject, the emergence of a new we, art effects new forms of visibility, making available new possibilities for perceiving the world, and in the process rearranging the conditions of enunciative possibility. I draw on Rancière’s work here in raising some questions about dissensus and art in a feminist context.

Professor Chanter’s research currently focuses on questions of aesthetics and politics. Recent publications have interrogated the philosophical, psychoanalytic and literary reception of Sophocles’ tragic heroine Antigone, an analysis of abjection in contemporary, independent film, and the need to reflect on how to theorise gender in a manner that explores its intrinsic and complex relationship to other categories such as race, class and sexuality. Her work is informed by figures such as Levinas, Derrida, Irigaray, Kristeva, and Rancière. While it draws on these philosophical figures, and retains a disciplinary basis in philosophy, her work has become increasingly interdisciplinary.

Professor Chanter has served as a referee for many journals and presses, and is a member of a number of editorial boards.