Home/Uncategorized/Workshop with Trish Salah
Previous Next 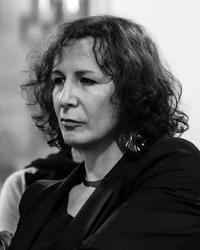 Hosted by Leiden University Center for the Arts in Society (LUCAS), in partnership with LeidenGlobal, LIAS and NOG.

Writing Identity’s Trans-latedness
In keeping with the NOG’s Research Day theme of “Doing Gender in The Netherlands: TRANS* approaches, methods & concepts,” this workshop will consider the inscriptive act of translating sexual and gender minority identities, narratives and figures across or through legibilities, publics, canons as well as languages, cultures, national and generic registers. While the question of whether and how gay, lesbian, queer and transgender rights movements and discourses of identity might participate in Anglo-American cultural and linguistic imperialism is not new (Massad 2002, Namaste 2005), in this watershed moment of literary, cultural and scholarly transgender self-representation in English, it is increasingly important that we reckon with “trans’” significance transnationally and in “translation.” How might we attend to the political labour of making visible differences of power and value within linguistic and cultural systems across linguistic and cultural divides, while also recognizing the force and strategic significance of translations’ refusal (Simpson 2014)?

How, in other words, might we write identity at the site of its trans-latedness? Along with the term’s usual sense, of betraying or thematizing the act of translation in the translated text, in this workshop we will think together about identity’s trans-latedness in several registers. Given translations’ ambivalent entanglements with both loss (in context, reference, timeliness) and creation (reading as writing), how might translation as an ambivalent admixture of creation and loss be thought in its political economies and with the unstable be-latedness (or afterwardness) of traumatic time? Posed another way, to the extent that we understand identity and inscription as beholden to their destabilizing latencies, how do we write (emergent) collective identities, out of erasure, between discourses and languages? Or perhaps can these questions be better posed in relation to histories of thinking around gender, coloniality, and translation as a site of transformance, erasure, and the subaltern (Godard 1991, Namaste 2000, Spivak 1998)?

In this workshop we will consider contemporary political and theoretical discussions of trans subjectivity in relation to formal, epistemic and political conditions at work within its trans-latedness, as well as engage a few small exercises in writing our own affective and political relationship to identity, experience and language’s difficult relationship to both.

For more information on the readings and suggested interviews, see here.

Trish Salah works in the area of transnational studies in gender, sexuality, race and minority cultural production. Her current SSHRC funded program of research, Towards a Trans Minor Literature, is an inquiry into the aesthetic and political projects of trans, transsexual, genderqueer and two-spirit writers. That program develops critical contexts for reading and interpreting trans literature through collective and open ended, trans centred dialogues, interviews and conferences such as the recent Writing Trans Genres: Emergent Literatures and Criticism and Decolonizing and Decriminalizing Trans Genres. Her first book of poetry, Wanting in Arabic, investigates the inscription of diasporic trans and queer subjectivities and the social, rhetorical and desiring labour of minority community formation. Her second book, Lyric Sexology Vol. 1, employs the lyric as a lens to read transgender fantasies encoded in feminist, autobiographical, anthropological, sexological and psychoanalytic archives.

Registration
NOG students can receive 1 ECTS for their active participation and by writing an essay; please note if you wish to receive credit with your registration.
Maximum capacity is 25 people, open from Research Master to faculty level. Register by email to NOG@uu.nl, with a 200-word motivation for participating in the workshop before Thursday May 26, 2016.